The European Commission is proposing new rules that will “ensure that digital business activities are taxed in a fair and growth-friendly way” in the community. The EC has made two legislative proposals.

The first proposal enables member states to tax profits generated in their territory even if the company does not have a physical presence there, which would ensure that online businesses contribute to public finances at the same level as traditional “brick-and-mortar” companies.

The second proposal refers to an interim tax on certain revenue from digital activities. According to the EC, the measure would also help to avoid unilateral measures to tax digital activities in certain member states, which could lead to a patchwork of national responses that would be damaging for the Single Market.

This indirect tax would apply to revenues created from certain digital activities which escape the current tax framework entirely. The system will apply only as an interim measure, until the comprehensive reform has been implemented and has inbuilt mechanisms to alleviate the possibility of double taxation. 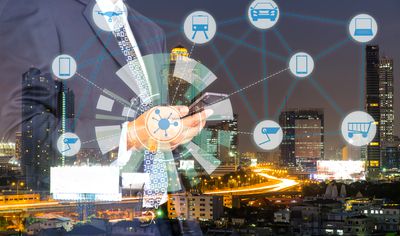 Read more about
IoT is vital for our future success, say 87% of businesses
read more

The 3 percent tax would apply to revenues such as those created from selling online advertising space, from digital intermediary activities which allow users to interact with other users and can facilitate the sale of goods and services between them, as well as revenues created from the sale of data generated from user-provided information.

Tax revenues would be collected by the Member States where the users are located, and will only apply to companies with total annual worldwide revenues of €750 million and EU revenues of €50 million.

This will help to ensure that smaller start-ups and scale-up businesses remain unburdened. An estimated €5 billion in revenues a year could be generated for Member States if the tax is applied at a rate of 3%.