Europe is younger in Bucharest 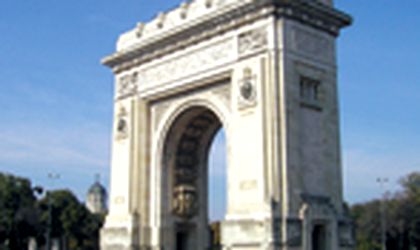 Bucharest will gain rejuvenation powers according to the branding solution proposed by Detente Consultants, the company that has been designated to shape the tourism marketing plan for Romania’s capital.

Consultants believe that the tourism development of Bucharest has to focus on business and city-break (culture and events) tourism. In addition, the historic perspective of the city has to be left behind, in favor of a novel and dynamic development, based on cultural, artistic and sporting events. Industry representatives and municipality officials were presented the plan for Bucharest’s tourism development in a debate. Participants agreed that “Europe is younger in Bucharest” comprises best the marketing strategy for the city between 2011-2015.

The main categories targeted by this marketing campaign include business people, the youth, city-breakers, senior groups and people seeking medical and wellness treatment. So, Bucharest wants to attract the exploring tourist that wants to experiment and discover new destinations.

The consultancy firm designated by the Romanian authorities mentioned development drivers for improving Bucharest as a tourism destination. Some of the main propositions include setting up an official tourism office of Bucharest, organizing large scale cultural events and using the internet as a promotion tool.

Following the debate, the consultancy firm will finalize the Marketing Plan for Bucharest by the end of August.