Europe Day: Sibiu becomes EU capital for a day as leaders gather to discuss the next five years 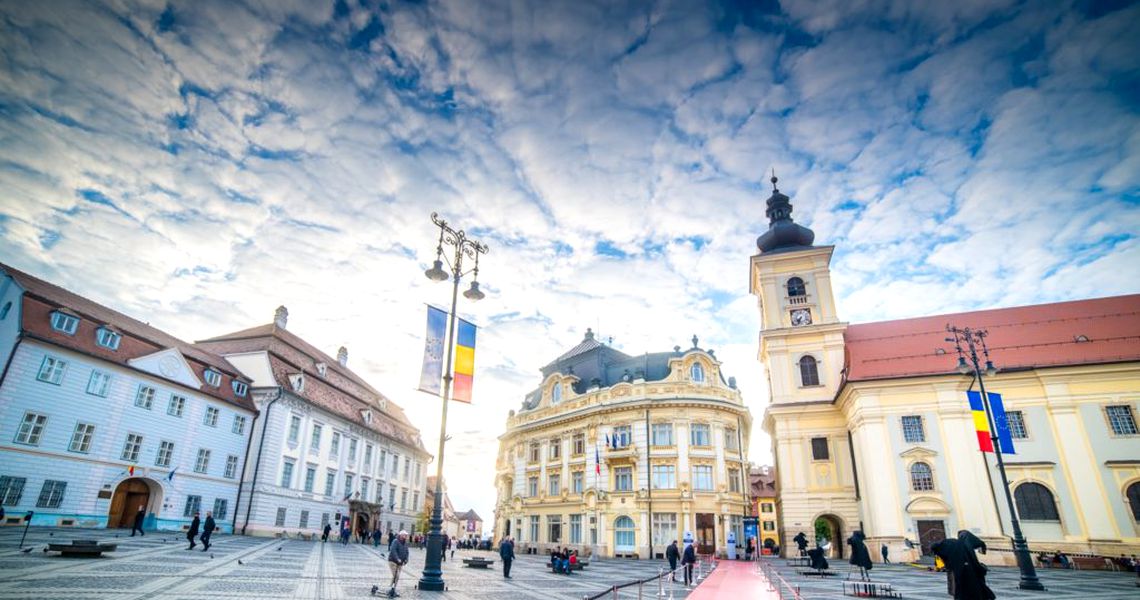 On Wednesday, when most of the summit guests had already arrived in Sibiu, European Commission President Jean-Claude Juncker and Romanian President Klaus Iohannis met with 300 young people from EU member states to debate the future of Europe. A highlight of the debate was Klaus Iohannis saying he agreed in principle with the idea of young people being allowed to vote starting at 16 years old. “But the voting process should also start earlier so we don’t end up in the situation we are in now, where we can vote at 18 but only begin to learn about the vote at 30,” the president added.

EU leaders will discuss the EU’s next strategic agenda for the period 2019-2024. They will exchange views on the challenges and priorities for the EU for the years to come. The discussions in Sibiu will be based on a Leaders’ Agenda note prepared by President Tusk and will be divided in two parts: one on the external dimensions and one on the internal dimensions.

Future action should, in the Commission’s view, be based on 5 dimensions:

1.  Protective Europe: Pursue efforts to build an effective and genuine European Security Union and move towards a genuine European Defence Union to make defence cooperation within the EU the norm rather than the exception; be more proactive in managing migration.

2.  Competitive Europe: Upgrade, modernise and fully implement the single market in all its aspects; focus research and innovation on the ecological, social and economic transitions and related societal challenges; invest in key European digital capacities and work together to boost Europe-made and human-centric artificial intelligence.

3.  Fair Europe: Continue to deliver on the European Pillar of Social Rights; work with Member States to achieve social inclusion and equality, including by addressing regional disparities, minorities’ needs, gender issues and the challenge of an ageing population; uphold the rule of law and bring fair and modern taxation policy as well as high-quality, affordable and accessible health care and access to quality, energy-efficient affordable housing for all.

5.  Influential Europe: Europe needs to lead in the world through consistent and strong support for a multilateral, rules-based global order, with the United Nations at its core. The EU should also make it a priority to develop strong relations with close neighbours; a strengthened international role of the euro would also increase Europe’s economic and monetary sovereignty.