Eurobarometer: Romanians are highly optimistic about the future of the European Union 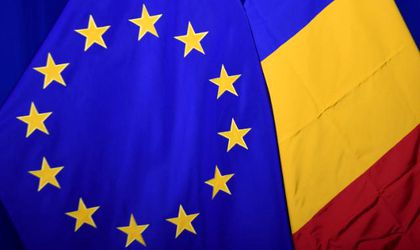 In the new Eurobarometer published on Monday by the European Commission, Romania ranks second, together with Portugal, among the European Union nations with the highest proportions of citizens who have a positive view of the EU – 60 percent. At the same time, 69 percent of Romanians said they were optimistic about the future of the European Union.

The latest Standard Eurobarometer survey was conducted after the European elections, between 7 June and 1 July 2019, in all 28 EU countries and five candidate countries. Main findings include a record-high support for the euro and climate change turning into the second top concern at EU level, after immigration.

Overall trust in the EU is at its highest level since 2014, and remains higher than trust in national governments of parliaments, having increased in 20 Member States, with the highest scores in Lithuania (72 percent), Denmark (68 percent) and Estonia (60 percent).

Romania’s score for feeling like a citizen of the EU was on par with the EU28 average, at 73 percent. The countries that scored highest for this metric were Luxembourg (93 percent), Germany (88 percent), and Spain (87 percent), while the lowest scores were recorded in Bulgaria (52 percent), Italy and Greece (57 percent).

Furthermore, a majority of Europeans agree that “their voice counts in the EU”, with Romania scoring one point above the EU28 average of 56 percent (+7 percentage points since autumn 2018). The highest scores were observed in Sweden (86 percent), Denmark (81 percent) and Netherlands (76 percent).

At the EU level, immigration remains the top concern with 34 percent of mentions, despite a strong decrease (-6 percentage points since autumn 2018). Climate change, which was ranked fifth in autumn 2018, is now the second most important concern (+6 since autumn 2018). Three issues obtained identical scores: the economic situation (18 percent, unchanged), the state of Member States’ public finances (18 percent, -1) and terrorism (18 percent, -2), followed by the environment – main concern for 13 percent of the respondents, registering a four-percentage point increase. Unemployment, which is now in seventh position at EU level (12 percent), remains the main concern at national level (21 percent, -2 percentage points), together with rising prices/inflation/cost of living (21 percent, unchanged) and health and social security (21 percent, +1). The environment, climate and energy issues follow very closely after a strong increase (20 percent, +6). Immigration, with 17 percent of mentions (-4 percentage points since autumn 2018, and -19 since autumn 2015), falls out of the top three concerns at national level for the first time since spring 2014. The economic situation is in sixth place (16 percent, +1). Romanians responding to the survey said that the most important issues facing the entire European Union were terrorism and immigration with 26 and 24 percent response shares, but these concerns were very different from what they perceived to be the top issues their own country had to deal with: rising prices/inflation/cost of living (35 percent), followed by health and social security (30 percent) and the economic situation (25 percent). On the other hand, Romanians who were asked about the most important issues facing the country at the moment were least concerned about terrorism (4 percent), housing and immigration (7 percent).