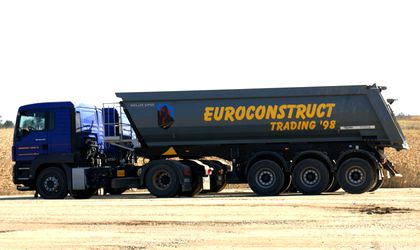 Euro Construct Trading ’98 enters insolvency due to a liquidity crisis, which started from S2 2017, generated by the uncollected accounts receivable in due time of the works’ beneficiaries.

“The commercial company Euro Construct Trading ’98 had received from the Court the approval of insolvency submitted at the Bucharest Court, based on the law no. 85/2014 regarding the insolvency procedure. The aim of the company’s request is the jobs protection for the company’s employees, as well as the well development of the company’s activities on the building yards in progress at the submission date until the finalization of all works, according to the commitments. The reason for this legal prevision is the liquidity crisis in which the company is from S2 2017, generated by the uncollected accounts receivable in due time of the works’ beneficiaries,” says the company’s release.

According to the source, the beneficiaries of Euro Construct Trading ’98 are mostly companies which administrate the Romanian transports’ infrastructure and the payment delays for liquid, questionless amounts to which Euro Construct ‘98 is entitled, exceed, in some cases, three years since the works’ finalization date.

The lack of final receipt of the respective works led to the impossibility of unblocking the real guarantees (amounts in cash) issued by the company in special guarantee accounts, opened at commercial banks and blocked at the works’ beneficiaries’ disposal, according to the law.

Euro Construct Trading ’98 ensured its collaborators that it makes the necessary effort, together with its chosen legal administrator, Dinu Urse si Asociatii SPRL, to redress its financial situation as fast as possible and underlines that it’s strictly a liquidity crisis.

The company is known for obtaining several contracts with the state, the last contract being Pasajul Sudului in Bucharest.