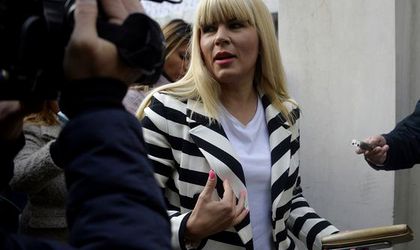 Magistrates at the Bucharest court of appeal decided to impose a seizure on the assets owned by Elena Udrea to the tune of EUR 4.7 million, as part of the special forfeiture in the Hidroelectrica case, in which the former minister was indicted by the DNA for influence peddling and money laundering together with Dan Andronic.

The Court rejected the exceptions submitted by Udrea and Andronic on Monday and decided that the background judgement can begin in the case. The decision can be appealed.

Elena Udrea was indicted by DNA prosecutors in December 2017 for influence peddling and money laundering and perjury, while Dan Andronic has been accused of perjury.

Udrea is said to have asked for five million dollars from businessman Bogdan Buzaianu in 2011 in exchange for an intervention to maintain the contract between Hidroelectrica and his company. Of the promised amount, Udrea received USD 3.8 million through intermediaries, as well as a debt of EUR 900,000 representing a sum borrowed by a third party from one of the businessman’s company and guaranteed with social shares of a company that owned two publications, according to prosecutors.

Elena Udrea was convicted to six years in prison in June for bribery and abuse in office in the “Gala Bute” case, and has been in Costa Rica since February to avoid prison.