Eturia: West of the country to generate 30 percent of business by 2020 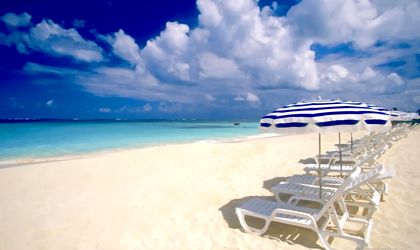 Eturia has opened a new office in Cluj-Napoca, adding to its existing offices in Bucharest and Piatra Neamt. The office will offer package holidays in exotic destinations, departing from Cluj, and consulting to customers in this region.

Taking into account the requests for vacations in exotic destinations, Eturia representatives estimate that in the next 3 years, about a third of business will come from the west of Romania.

In the 9 years of activity, Eturia sold over 11,000 customized vacation packages and sent over 15,000 customers to exotic destinations, of which more than 75 percent are returning customers.

Geographical distribution of turnover shows an increasing number of tourists from the western part of the country, from a rate of 4 percent of total bookings in 2010 to a rate of 16 percent at present.

Following the progress of the business, reported in the western region of the country, and forecasts of consumption trends of Romanian tourists, Eturia representatives appreciate that the growth will continue in major cities in this area and the rest of the country. “We have customers from all over the country and we are happy to observe a growing demand for exotic vacations for tourists from outside of Bucharest,” said Daniela Shah, co-owner of the travel agency Eturia.

Currently, the travel agency Eturia advises clients and provides vacation packages to exotic destinations, via 4 offices in the country – two of them are in Bucharest, one is in Piatra Neamt, and the newest has recently opened in Cluj, following numerous requests from the region.

“Because the Moldavian region is covered very well by our office in Piatra Neamt, we decided to come up with the same kind of customized approach to clients in Cluj. Through our colleagues there, we want to offer them tourist advice at the headquarters of our agency, not just through email and telephone, as it was possible before, and in addition, we want to shape packages departing from Cluj, for them ” said Daniela Shah, Eturia co-owner.

The war in Ukraine has reduced the risk appetite of companies involved in...