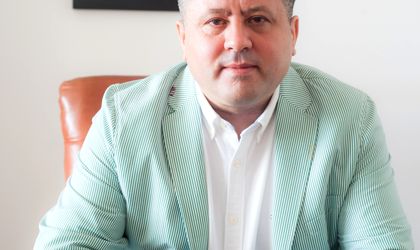 The tourism agency Eturia registered a growth by 37 percent in its turnover in the first quarter of 2017 compared with the same period of 2016. In 2016, it reached a turnover of EUR 8 million and the owners estimate that the agency will exceed EUR 10 million this year.

Eturia sold over 17,000 customized holiday packages in exotic destinations in the 10 years of activity. Out of the over 28,000 tourists of Eturia, over 60 percent became loyal customers. The agency started its activity with two employees and this year is reached 50 employees in Piatra Neamt, Bucharest and Cluj.

“For 2017 we estimate a turnover of EUR 11 million based both on the volume growth of the sold holidays and on the growth brought by our regional office recently opened in Cluj. Ever since we founded Eturia in 2007, we had annual growths of two digits,” said Sorin Stoica, co-owner Eturia.

Eturia sells annually around 2,000 holidays and the highest demand is for exotic destination, such as Thailand, Maldive, Cuba and the Dominican Republic. In the last two years , the company saw a 50 percent sales hike for destinations such as the USA and Japan. Romanians prefer all inclusive packages and the resorts with complete facilities.

The average budget allocated for a eight-day stay varies between EUR 1,500-2,500/person.