Entersoft Romania’s revenues up by over 50 pct in 2016 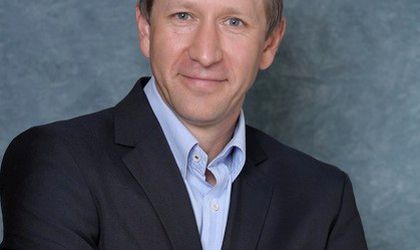 The integrated solutions producer for businesses, Entersoft, registered in 2016 a growth in revenues of over 50 percent compared with 2015, reaching almost EUR 800,000.  The results exceed the company’s estimations and position it among the most dynamic subsidiaries from Entersoft Group.

Also, the profit recorded a two-digits growth rate in 2016 compared with 2015.

In 2016, Entersoft Romania team was involved in external projects in Spain, Portugal, Bulgaria, Poland, Czech Republic, Greece and Slovakia together with its colleagues from the other European subsidiaries. The expansion of projects from the clients from Romania were made by adding new solutions of Mobile SFA (Sales Force Automation) to the already existing solutions. Thus, the SPA solutions recorded a significant demand last year, mainly from companies in the distribution field.

„Last year was a good one for us, as for our partners and clients, which was reflected in all the business aspects. The year 2017 started already in force and our objective is to keep the same growth trend. (…) At the same time, we’ll invest in the network expansion by the partners from the country and by the consultants team from Bucharest,” said Cristi Cozic, country manager Entersoft Romania.

The positive evolution from 2016 was also supported by doubling of the consultants team and the growth of the partners’ activity from the country by over 50 percent.