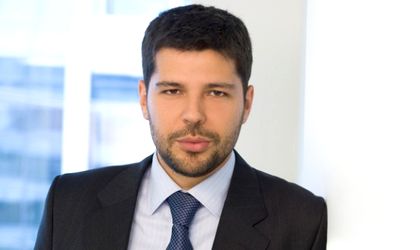 The announcement was made by Enel Romania director Georgios Stassis, during a meeting with Romanian PM Sorin Grindeanu. In February, The Internation Court of Arbitration ruled after a trial that lasted two and a half years that ENEL must pay the Romanian state EUR 401 million.

The PM spoke to the Enel representative about the Government’s concern for the security of supplying consumers with energy, at competitive prices, streamlining the energy system and supporting energy production from renewable sources, a Government statement shows.

Stassis stated the strategic interest the Italian group has in Romania, where Enel is present as a producer of electricity from renewable sources, distributor and supplier of electricity. Plans by Enel in Romania include increasing investments, which will total around EUR 330 million. So far, Enel’s investments totaled EUR billion in developing its local operations.

In 2014, the Administration Society of Energy Participations (SAPE), a company that was created after a split off of Electrica, brought Enel to the ICC asking for a payment of EUR 521 million. Enel contested the sum, and offered to pay EUR 250 million instead. Enel proposal was turned down by the Department for Energy, which was sled at the time by former minister Razvan Nicolescu. After negotiations failed, the arbitration procedures started.

SAPE asked Enel to pay EUR 521 million by invoking the ‘Put’ option, as was set by Government decision No. 1163/27.11.2012. This option says that Electrica has the right to sell and Enel has the right to purchase a package of 13.57 percent of the shares of the former Electrica Muntenia Sud, in agreement with the mechanism that sets the price, set in the privatization contract signed July 2007.

The Enel Group should have purchased by end 2012 another package of 13.57 percent of Electrica Muntenia Sud shares it owned by Electrica SA, as per the provisions of the privatization contract of the former company. A 2012 Government decision set a sale price of EUR 521,583,574, however the deal was not concluded, due to disagreements between the two parties.