Eli David (StartupBlink co-founder) urges entrepreneurship in Romania: “You have the best developers in the world, but you build other countries dreams” 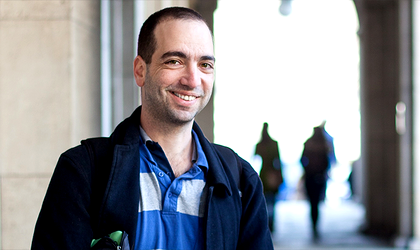 Eli David, co-founder of StartupBlink, says that Romania and the wider Eastern Europe and Balkans region as a whole should develop their start-up ecosystems instead of providing services to other countries going forward.

What are some of the best practices in terms of building an ecosystem for start-ups that can inspire Romanians?

Network and build a startup community. When you build something, you need a network of potential clients, co-founders and investors. The big hubs in the world do exactly that, and it is missing a little bit in Romania. I think the trend of coworking spaces will help the community grow. 5 years ago when I first arrived to Brasov, I was supposed to stay for 1 week, and stayed for nearly 3 months, and the main reason was a coworking space called Hub 1317, a charming coworking space. A city that does it very well, and is surprisingly ranked almost as high as Bucharest in our startup rankings although it is much smaller is Cluj-Napoca. People are already speaking of Cluj in places like Berlin as the next hub, but this cannot last without Romanian entrepreneurs building a community in a mindset of connecting.

Romania has great cost of life, and amazingly friendly and smart people. Those are great reasons for foreigners to arrive, and people to stay. There has to be some kind of a mindset change in local entrepreneurs that should be focused on building a long term sustainable business, instead of thinking of short term cash flow. Startups are uncertain, and if you want to get far and build an innovative business you have to take a risk and disconnect from the short term thinking of freelancers and service providers. This is still missing, and once Romanian entrepreneurs make this shift, you will start creating some serious companies.

How do you perceive the entrepreneurship scene in Europe compared to the one in the US and Asia?

USA is all business full speed. It is still the only leader by far, with startups that affect all the world. In Asia, places like China, Japan and Singapore go full speed ahead trying to build great startups, but are very focused locally. The market is so big that they can allow to build local versions of Whatsapp and Uber, but shy away from competition with American companies. Interesting things are happening in Europe, mainly in London, but also in Germany and the Scandinavian countries like Sweden and Denmark are doing exceptionally well. Shout out also to the Baltic countries (mainly Estonia) for doing a great job with their startup ecosystem. East Europe and the Balkans are lagging behind, with focus on providing services to all other countries. You have the best developers in the world, but you build other countries dreams. Time to change and become entrepreneurial.

How did you come up with the idea of creating StartupBlink and what are your plans going forward?

It was a hobby project that became a full time activity lately. We saw a few models of global startups maps and directories and felt like we can give it our own twist with focus on communities and research. 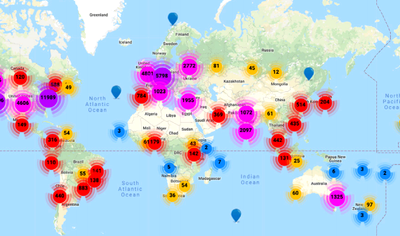 From your discussions with entrepreneurs, what are some of the challenges that are commonly faced by all?

The biggest one is solving a real pain that people will pay for. Most entrepreneurs either fail for never starting, or working on something that nobody needs. Having a community means receiving feedback and not working alone in stealth mode on something that is not validated. I think most entrepreneurs can benefit by launching faster, and receiving a lot more feedback.

The industry split is something that we are planning to do on the next releases of the report. It should be noted that recently the hottest industries are Blockchain, 3D printing, and Hardware. Hardware is extremely interesting for us, as those are the startups changing the world (Drones, Robots, Energy, Automotive).

StartupBlink has been supported by the ANSYS Startup Program providing startups with the opportunity to build virtual prototypes. I am full of respect to startups that pick a hardware projects, since those are so much more difficult to build, but also much more rewarding in the impact they have if successful. For Romanian entrepreneurs, my only recommendation would be, try building something that matters and makes a real impact on the world. You might fail, but the journey is sometimes more important than the destination.