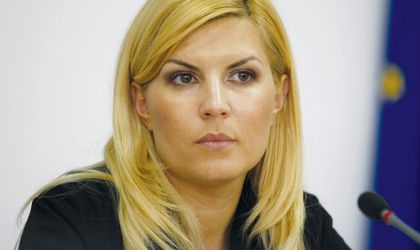 On March 29, 2017, Elena Udrea was sentenced to six years in prison with execution in the “Gala Bute” file for bribery and abuse of office. In the same file, Rudel Obreja, former FRB (The Romanian Box Federation) president, was sentenced to five years imprisonment with execution, and Tudor Breazu, the administrator of the Nana lands owned by Elena Udrea, was sentenced to three years in prison. Ion Ariton, former Minister of Economy, was acquitted for improper accusations of abuse of service and use of influence in order to obtain undue benefits.

Elena Udrea, in Costa Rica, claimed in April that she had refugee status in that state: “I applied for this status in February, I was heard in March and I received the state for one year on March 21 at this time are subject to the status of refugees, with all the rights of refugees and citizens of Costa Rica.”

The box match called “Gala Bute” took place on July 9 2011, when the Romanian Lucian Bute defeated the Frenchman Jean-Paul Mendy. Elena Udrea was accused that it had coordinated a system in which some people received money from private companies in order to have guarantees regarding the payment of some works financed by the ministry she was leading.