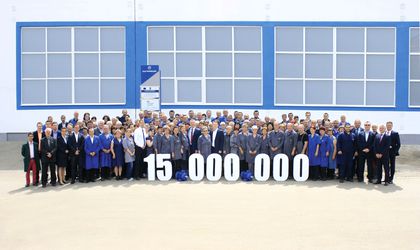 Electroprecizia Sacele company has registered a production of 15 million electrical engines since its launch in 1936.

This year, the company estimates it will reach a turnover of EUR 30 million and hopes for a growth of 15-20 percent in profit the following year.

Electroprecizia is an industrial holding with 1100 employees and a Romanian-only capital. The private company has nine other subsidiary branches, each focused on specific types of production, such as induction engines, electric auto equipment and tool production. The holding also has a subsidiary security company called Electroprecizia Security and Protection.

Electroprecizia is the biggest employer in Sacele after the company moved their headquarters due to an expansion in the production.