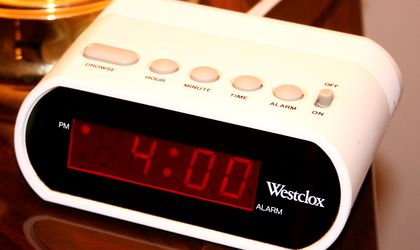 European electronic clocks lost six minutes after a row between Kosovo and Serbia drained energy from the continent’s system. The lag in the continent’s electricity grid is unprecedented, the Guardian reports.

The lag caused electronic clocks to run slowly. The situation was triggered by a local political dispute between Serbia and Kosovo. However, the situation is creating a domino effect across Europe’s highly connected high voltage power network.

Due to the fact that Kosovo is using more electricity than it generates, the continental network lost 113GWh of energy since mid-January. Neighbour Serbia, which has the responsibility to balance Kosovo’s grid, failed to do so.

The dispute between the Serbia and Kosovo goes back 20 years. The Serb-dominated north of Kosovo that preserves a loyalty towards Belgrade has not paid the Kosovo government for the energy it uses.