Electrica Group, leader in the distribution and supply of electric energy in Romania, is launching a sustainability report for 2016, which serves as the first non-financial report of the company, a year before the legal deadline.

The report shows that, in 2016, Electrica Group distributed 40 percent of electric energy at the national level and supplied energy to 3.6 million consumers. Over 55 percent of the energy supplied to clients on the competitive market came from renewable sources.

Demonstrating its commitment to sustainable development, Electrica allocated over RON 145 million in 2016 for energy efficiency, which represented over 25 percent of the Group’s investment plan – the most ambitious percentage in the energy sector.

Catalin Stancu, Electrica’s General Director, stated: “With this first reporting exercise, Electrica is reiterating its commitment to build a relationship based on transparency and trust with interested parties. At the same time, we are glad to benefit from the active involvement of these parties, as an essential element of a solid partnership. This commitment is also supported by our corporate governance strategy, which is mean to ensure an ethical and responsible environment in the Group’s companies”. 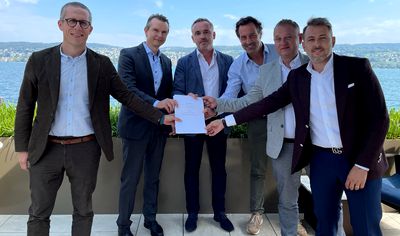 Read more about
ALPLA Group investing in the construction of a recycling plant in Târgu Mureș. The company will invest approximately 50 million euros each year in order to expand recycling activities by 2025
read more

The report underlines several ways in which the Electrica Group has tried to become more innovative, sustainable and community-oriented: