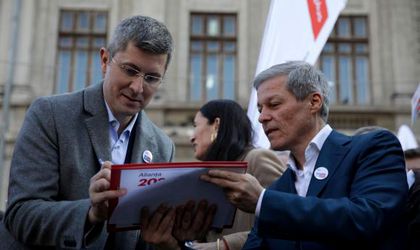 The request by the 2020 USR PLUS Alliance to run in the European elections in May has been ejected by the Central Electoral Bureau (BEC), which says that Dan Barna (USR) and Dacian Ciolos (PLUS) are not listed as the presidents of the two parties in the political party registry.

The parties reacted by saying that the decision is abusive and that the two party leaders have submitted requests to be registered as presidents of their parties to the Bucharest Court, but that a final decision has not yet been issued.

“It’s a political decision made under pressure from the corrupt regime led by Liviu Dragnea in Romania,” a statement by PLUS reads. “What happened at the BEC is an unacceptable politization of a body that should maintain the democratic balance.”

PLUS leader and former prime minister Dacian Ciolos wrote on Facebook that the decision is “an insult for the electorate and a totally undemocratic action. PSD and ALDE, together with their satellites, destroy the basic principle of democracy by infringing upon the right to run and be elected. We will do everything we have to do and protest until this illegal and undemocratic act is made right.”