Eight major office projects to be finalized by 2018 in Orhideea-Politehnica area, says ESOP 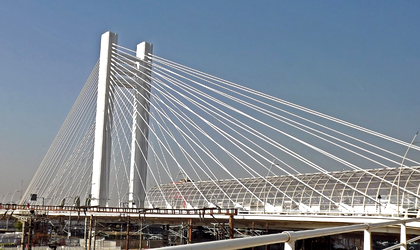 The Orhideea-Politehnica area comprises eight major office projects in different stages of permitting and construction, developed by CA Imo, Forte Partners, Sema Parca and Vastint (Ikea), according to data from ESOP Consulting | CORFAC International. In total, the eight projects will amount to 170,000 square meters of office space, which will be ready in stages starting with the second half of 2016 until 2018, and that will house over 20,000 employees by 2018, adds the company.

Developing the central-west area was an expected course of action, “seeing as how we’re talking about a location immediately near the Politehnica, a university environment especially important for most of the IT&C companies (companies involved in 47 percent of the office transactions in 2015), and also close to the largest student campus in the country, Regie,”said Mirela Raicu, manager of the corporate offices division of ESOP.

Moreover, this focus on the central-west area “will contribute to re-balancing the capital city, strongly developed in the past five years exclusively in the north and a relatively small area, Barbu Vacarescu, with growth difficulties in terms of accessibility,” further added Raicu.

The first major tenant to opt for the new offices in the Orhideea Semanatoare area is the IT&C company Misys, which has pre-rented an office space of 8,000 square meters in the Orhideea Towers office building, the transaction being concluded at the beginning of this year, according to ESOP. The second major tenant for the area is BCR, with almost 20,000 square feet pre-rented in The Bridge complex.

Developing the office market through such projects can also lead to new opportunities on the residential market. “If up until now most of the projects were either luxury ones – in the Orhideeea-Plevnei area, like Orhideea Gardens –, or for the student-client near Politehnica, this year a new buyer category will come to the developers’ attention, specifically young corporate workers, with higher demands and financial possibilities than students, but who, nevertheless, have preset budgets, most of them falling into the Prima Casa category,” stated Alexandru Petrescu, ESOP Consulting | CORFAC International.

The stock of new housing units in the area will go over 2,500 in the next two years, according to ESOP. Employees of the companies that will occupy the new business spaces will be able to choose from 1,600 units already under construction in various stages of development in seven residential parks. This number is supplemented by another 200 apartments for sale in smaller scale projects, on streets adjacent to the Splaiul Independentei.

The rent offer further includes between 500-600 housing units bought by investors in the past years from the around 1,000 housing units delivered in other projects, including Orhideea Gardens, 19th Residence and others, further says ESOP.

The apartments under construction or for sale have small surface size and medium furnishings, are studios or one-bedroom, compartmentalized especially for young people, and prices start at EUR 43,900 + VAT for a 43.9 square meter studio in one of the residential parks. A penthouse with a surface size of around 150 square meters, on the top floor, could come up to over EUR 200,000 + VAT.