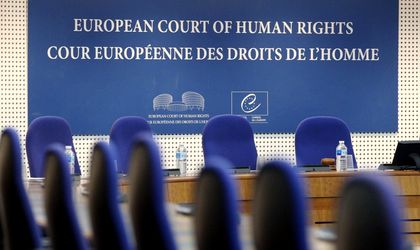 The European Court for Human Rights (ECHR) rejected Romania and Lithuania’s appeals against the court’s May ruling that the two countries had been complicit in CIA’s secret detention centers program, according to AFP.

In May, the ECHR found that both countries knew two suspects caught after the 9/11 attacks would risk torture while being held at the “black sites” between 2004 and 2006. Saudi national Abd al-Rahim al-Nashiri claimed he was illegally held and tortured at an undisclosed site in Romania, while suspected Al-Quaeda operative Abu Zubaydah said he had a similar experience in Lithuania.

Neither Bucharest nor Vilnius have yet admitted the presence of secret detention sites on their territories, which is why the two countries appealed the May ruling. But the ECHR judges made a unanimous decision to uphold the ruling.

“The court concludes that Lithuania hosted a secret CIA prison from February 2005 to March 2006, that Mr Zubaida was held there and that the national authorities knew that the CIA were subjecting him to treatments that were contrary to the European Human Rights Convention,” the ECHR wrote.

The court advised Lithuanian authorities to thoroughly investigate this case as soon as possible and punish those responsible if necessary. Lithuania has to pay EUR 100,000 to the plaintiff and EUR 30,000 in trial expenses.

The same conclusion was reached in Romania’s case, who will also have to pay EUR 100,000 to the plaintiff. Romania was also advised to conduct an investigation and make sure the United States don’t plan to sentence al-Nashiri to death.

Poland was sentenced by the ECHR in a similar case back in 2015. CIA black sites were secretly established by the CIA in several countries – Poland, Lithuania, Romania, Afghanistan and Thailand – during George W. Bush’s presidency as part of the “war against terror” started in response to the 9/11 attacks.