Romania needs to make further progress in judicial reform and the fight against corruption, the fifth EU annual report under the Cooperation and Verification Mechanism with Bulgaria and Romania states. In the case of Bulgaria, conclusions include the need for further progress in the battle against organized crime.

The reports stress in particular that the judiciary in both countries should step up reform efforts. In the summer of 2012, the European Commission will make an overall assessment of Bulgaria and Romania’s progress under the Cooperation and Verification Mechanism since accession, and subsequently make appropriate proposals.
The report on Romania commends the significant steps the country has taken since the last annual report of July 2010. Romania, it says, has improved judicial efficiency, re-established the legal basis of the National Integrity Agency, continued preparations for the implementation of the four new codes, started preparations for a functional review of the judicial system and carried out an impact analysis of its anti-corruption policy. But the report also notes that consistency and results in a number of areas remain a challenge and that progress in the fight against corruption still needs to be pursued.

The report concludes that Romania needs to take urgent action to accelerate high-level corruption trials and to prevent their collapse due to the expiry of statute-barred periods. The fight against corruption should remain a top priority, with support from Parliament, and urgent measures should be taken to improve the recovery of the proceeds of crime, action against money laundering and protection against conflict of interest in the management of public funds.
European Commissioner Dacian Ciolos commented: “It is undoubtedly a positive report in its entirety, reflecting the political will and real progress made by Romania in the past year. Still, there are nuances and areas where there is still a need for additional efforts, and for more involvement from all parties, not just the executive.”

As in previous reports, the Commission’s analysis is based on an assessment of progress by the Bulgarian and Romanian authorities and on information by member states, international organizations, independent experts and a variety of other sources. The Commission has carried out several missions to Bulgaria and Romania, including with the support of experts from other member states. The reports also reflect the responses of Bulgaria and Romania to detailed questionnaires prepared by the Commission. 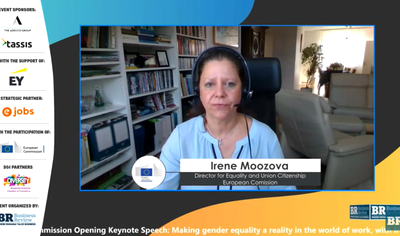