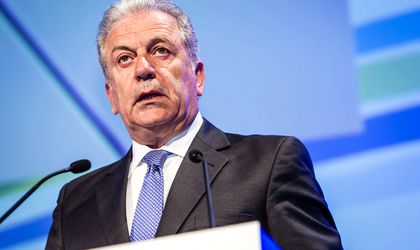 The European Commission (EC) has postponed for the second time a decision on full waiver reciprocity with Canada and the United States. According to EU Home Affairs Commissioner Dimitris Avramopoulos, the EC’s decision has taken into account the timetable of the upcoming US presidential elections and the progresses achieved in talks with the Canadian government.

“Achieving full visa waiver reciprocity for citizens of all Member States is the objective for the European Commission and a fundamental principle of our common visa policy,” a communication adopted by the EC on July 13 reads. “In the past three months, we have intensified contacts with the US and Canada to push for full visa waiver reciprocity. However, despite the constructive engagement in particular of the Canadian government, citizens from some EU Member States still need visas to travel to the US and Canada.” the statement reads.

On July 11, Head of Romanian Prime Minister’s Chancellery Dragos Tudorache participated in a meeting dedicated to reviewing the progress made on Canada’s assessment of Romania and Bulgaria’s efforts against the North American country’s criteria for visa exemption alongside EC, Canadian and Bulgarian officials. Last month, Romanian PM Dacian Ciolos made a work visit to Canada, whose main objective was to push for the lifting of visas for Romanian citizens.

In a July 11 joint statement by Dimitris Avramopoulos, European Commissioner for Migration, Home Affairs, and Citizenship, and John McCallum, Canadian Minister for Immigration, Refugees and Citizenship, following the meetings in Brussels, the two officials announced that the Canadian government undertook to communicate a decision on the matter by fall. “To continue in this spirit of constructive engagement, Minister McCallum undertook to inform European partners in early autumn on the outcomes of the assessments and timelines for visa liftings, including the necessary elements of cooperation by Romania and Bulgaria,” the statement reads.

As far as the U.S. is concerned, the EU is citing political sensitivities in the country in the run-up to the November presidential elections. “With the United States, we are aware of the electoral timetable and have to take this into account when we consider the most appropriate way forward,” Avramopoulos told reporters.

This is the second time the EC steps back from taking retaliatory measures against the U.S. and Canada. According to legislation regulating the common visa policy adopted by the EU two years ago, the two North American countries must grant full visa reciprocity for all EU member states. If this does not happen, the EU can suspend the visa waiver for U.S. and Canadian citizens. When faced with a decision in April, the EC proceeded to postpone matters until July 13, arguing that retaliatory measures against the two countries would very likely have a negative economic impact on the EU.

Currently, the U.S. requires visas for citizens from Poland, Romania, Bulgaria, Croatia and Cyprus, while Canada imposes visas on Romania and Bulgaria. Both Americans and Canadians benefit from EU’s visa waiver.

The EC official is optimistic that progresses achieved in cooperation with Canada, the U.S. as well as talks with the governments of Romania and Bulgaria will lead to a satisfactory solution for all parties involved in the near future. “With goodwill and in good faith, we can resolve this problem soon,” Commissioner Avramopoulos stated.