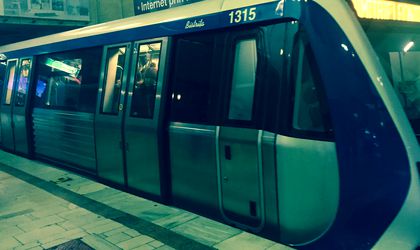 The European Commission has approved the allocation of EUR 34.2 million from the cohesion fund for the second development stage of the fourth subway line in Bucharest.

The funding contract, which was signed by Corina Cretu, the European commissioner for regional policy, will back the extension of the fourth subway line by two stations (Laminorului and Straulesti), with a combined length of 2 km.

“The extension of the subway network will have positive effects both for local businesses, but also for the development of tourism, and the inhabitants of the capital will have better transport conditions,” said Cretu. She added that she hopes the new stations will become operational by March 2018.

The first development stage of the extension works was approved in June 2016 and the EC allocated EUR 55.2 million from cohesion funds under the 2007-2013 budget framework.