EBRD upgrades growth forecast for Romania to 4 pct for 2017 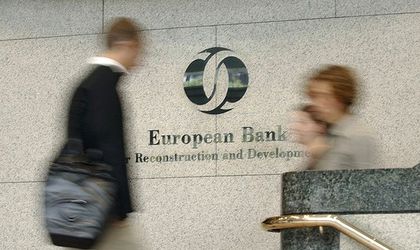 The European Bank for Reconstruction and Development (EBRD) has upgraded its economic growth forecast for Romania to 4 percent for 2017, up from the 3.7 percent level it was forecasting in November last year. In 2018, the EBRD forecasts that the Romanian economy will slow down to 3.5 percent.

“After the Romanian economy grew by 3.9 percent in 2015, it increased by 4.8 percent in 2016 on the back of a solid internal demand. The main growth engine during this period has been private consumption as the available income has gone up (also backed by the VAT cut and wage increases), the improvement of the labor market and low inflation. Consumption will continue to boost economic growth in 2017 and 2018 following a new increase of the minimum wage and public sector wages which is something that the ruling political party has promised,” said EBRD representatives quoted by Agerpres.

The institution also warns that public wage increase will lead to government expenditure remaining high in 2017 which raises the risk of the budget deficit crossing the 3 percent threshold.

The IMF too had previously upgraded its economic growth forecast for Romania from 3.8 percent to 4.2 percent in its most recent World Economic Outlook report. Romanian authorities remain more optimistic, expecting the local economy to grow by 5.2 percent this year.