Drone use regulations could be approved this year in Romania 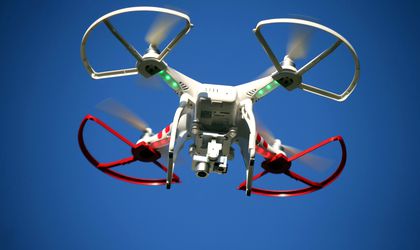 The Romanian Air Code, that could be approved by Parliament this year, will regulate the use of drones so that they will not jeopardize air traffic safety, according to Ioan Chirea, head of the Military Aeronautic Authority, quoted by Agerpres.

“The Romanian air code targets both the activity of civilian and military aviation. Also taken into account is the activity of light aircraft as well as that of unmanned aerial vehicles, the so-called drones. With this law, certain requirements of air space users are detailed and put into practice. This law is very important, because in this way we can run a search and rescue service, we know how to restrict air space in certain areas and we can ensure air safety,” said Chirea, quoted by Agerpres.

He said that in the case of drone usage, a flight permission is very important for air safety so that aircraft that are flying in that area know that such devices are used over there.

“At the moment, there is Government Decision nr. 912 from 2010, that specifies that any flight in the air space needs to be monitored. Now this will be included in the law. Until now, the process was more cumbersome, but now the use of drones will be regulated by law. This is a problem that has been preoccupying all European states, and the growth in the number of these unmanned vehicles is unprecedented, and my opinion is that this sector will keep on developing,” said Chirea, quoted by Agerpres.