Donald Tusk: Brexit doesn’t mean a wall will be built between EU and Britain 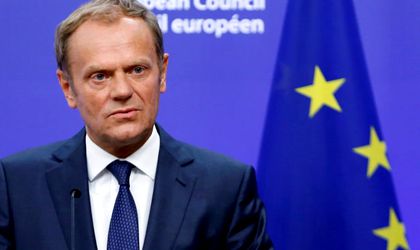 The president of the EU Council, Donald Tusk, says that the European Union “doesn’t want to build a wall” between the EU and the United Kingdom, but that Brexit does mean that “we will drift apart”, the BBC reports.

Tusk said that the EU wants an “ambitious and advanced” free trade agreement, with no tariffs for goods. “Our deal will not make the market between EU and UK frictionless or smoother. It will make it more complicated and costly than today for all of us. That’s the essence of Brexit.”

Donald Tusk added that this will be the first time in history that a free trade agreement will “loosen, not strengthen, economic ties”.  He also said that he wants continued security and research cooperation.

The draft guidelines by the EU Council repeat warnings that there can be “no cherry-picking” of participation in the single market for particular sectors of industry. The plans will need to be approved by all 27 EU member states at a Brussels summit on March 22.