Dona expects 20 pct growth of turnover in 2017, to open warehouse 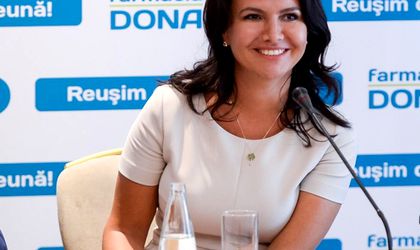 Dona’s turnover went up by 13.3 percent to RON 960 million in 2016, with a profit of RON 6.2 million. For this year, the company forecasts a turnover growth of 20 percent on the back of investments.

Out of the total investments from 2016, RON 24 million were directed to licenses acquisition, the construction and building of a new warehouse that will be launched this year.

This year, the company aims to develop its logistics center and the expansion of the pharmacies network both through organic development and partnership in franchise system. The investments will also continue in 2017, the estimated value being of RON 17 million.

„Last year the pharma market was marked by uncertainties, multiple changes and unpredictability. Despite the difficult context, we succeeded with huge efforts to obtain very good results. We are looking to be a more and more accessible pharma chain, both by the network expansion and the prices positioned in the lower area of the market,” said Mihaela Ungureanu, the general director of Siepcofar S.A.