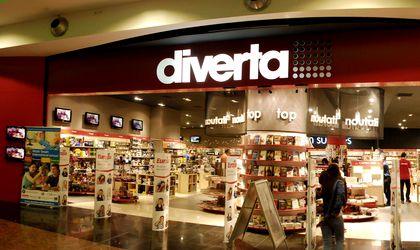 The retail network Diverta will open the first store from this year, within City Park from Constanta, reaching 27 stores at national level. The launch will take place on March 15.

The store has a surface of 200 square meters and offers a mix of personal development products and entertainment for the entire family, from books from several fields, to toys and tech and non-tech gadgets, stationary items and others.

“The main objective of Diverta network for 2017 is to continue the expansion at national level, that started the previous years. We plan to open five more stores in the the big commercial centers from the country, but also the expansion of the online business- www.dol.ro,” said Amalia Buliga, CEO Diverta.

In 2016, the retailer added five new stores. Out of these, two units were opened in Bucharest, in the commercial centers Veranda Mall and Promenada and three units in Craiova, Targu Mures and Turnu Severin.