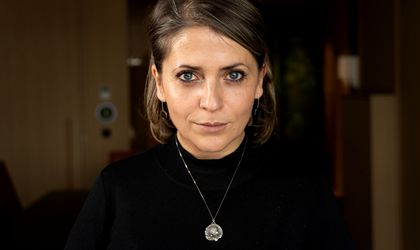 The overall economic situation and the social and political context are the main reasons for concern for Romanian Millennials and Generation Z, who expect worse economic conditions (59% of Millennials and 49% of Gen Z) and sociopolitical context (55% and 45%, respectively) this year, up by at least ten points compared to last year, according to Deloitte Global Gen Z and Millennial Survey 2022, conducted in 46 countries around the world, including Romania.

These prospects lead them to be more cautious about their jobs, so the share of those who want to stay in the same company for more than five years has increased in the last year from 32% to 41% for Millennials, and from 21% to 42% among Generation Z, while the number of those who want to leave earlier than two years has decreased from 44% to 28%, respectively from 39% to 29%.

Globally, young people are more optimistic than those in Romania. The proportion of Generation Zs around the world who expect the economic situation to worsen has decreased from 41% to 37%, and from 43% to 37% in the case of Millennials. Regarding the deterioration of the sociopolitical context, the perception is stable, the global average registering a slight decrease, from 40% to 39% (Gen Z) and from 41% to 39% (Millennials).

The top concern for young Romanians is the rising cost of living (51% of Millennials and 32% of Generation Zs). However, they can comfortably pay all their monthly expenses (63% of Millennials and 57% of Generation Zs), while the global average is lower (55% and 47%, respectively). Generation Z representatives in our country are also optimistic about retirement, with 55% confident they will have a comfortable income at that time, while only 46% of the Millennials have this conviction. Globally, the average is only 41% in both cases.

On the other hand, the proportion of Romanians who are stressed most of the time has decreased compared to last year by ten percentage points in the case of Millennials, to 34%, and by three percentage points, to 48%, for Generation Z.

The reasons behind choosing an employer differ from one generation to another. For Millennials, the work-life balance (44%) and development opportunities (37%) are the top reasons, while those in Generation Z are more interested in salary or other financial benefits (31%) and flexible working model (28%).

“The results of this year’s report show that young people are reassessing their priorities, as a result of the challenges they have faced in recent years, becoming more stable in terms of employment, but also more concerned with optimizing their work, so as to achieve higher incomes, work-life balance and promotion opportunities. Under these conditions, employers must carefully consider all aspects related to the flexibility of the work schedule, from the place, to the work schedule, interaction with colleagues etc., in order to find the optimal working model for the organization. On the other hand, it would be an interesting exercise to correlate the results of this study with the «great resignation» phenomenon, more and more intense in Europe, but also in Romania. What is clear, however, is that employers, depending on the field in which they operate and on the professional category of their employees, should accelerate efforts to update and harmonize employment policies (recruitment, retention, motivation etc.), but especially to change organizational cultures so as to offer employees the comfort of belonging to an organization in which they have long-term development prospects,” said Raluca Bontas, Partner, Global Employer Services, Deloitte Romania.

Climate change is also a concern for young Romanians, so they are making efforts to protect the environment (88% of Millennials and 92% of Generation Z). But very few believe that large companies are taking action to fight climate change (12% and 22%, respectively), and in the case of governments the proportion is even lower (9% and 7%, respectively).

“Over the past several years, we have noticed that young people in Romania, especially Generation Z, are increasingly motivated to contribute to change both within the company they work and in the community, with a focus on environmental protection. For this reason, we already notice that both employers and public authorities are acting more and more intensely on the sustainability agenda,” underlined Raluca Bontas.

Now at its eleven edition, the Deloitte Global Gen Z and Millennial Survey was conducted among over 14,800 Millennials (born between January 1983 and December 1994) and 8,400 Generation Zs (born between January 1995 and December 2003) in 46 countries worldwide. Among the interviewees there are both employees with executive positions in large organizations and people hired on a project basis (Gig), volunteers or unemployed, graduates of secondary and university education, but also people who have not graduated from these forms of education (especially in the case of Generation Zs).