Deloitte study: Costs of split VAT implementation across the EU outweigh the benefits 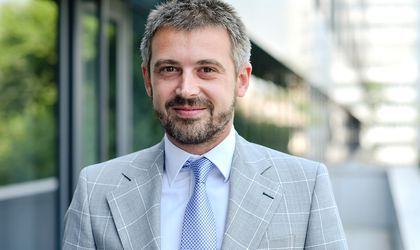 The generalized application of the VAT split payment mechanism in the European Union would be an unattractive fiscal policy instrument, given the significant increase in costs for businesses and authorities, according to a study by Deloitte for the European Commission, “Analysis the impact of the VAT split payment mechanism as an alternative method of collecting VAT”.

However, the mechanism has characteristics that can be very effective in reducing certain types of fraud, and therefore it would be appropriate to apply it as a purpose-limiting measure, the study states. In the case of generalized implementation, however, the costs would outweigh the benefits of better VAT collection.

“The conclusions of the Deloitte study show that the decision of the Romanian Parliament to amend the normative act that provides for the VAT split payment mechanism (eliminating the generalized application) was a beneficial decision. Collaboration between lawyers and the private sector is key to reaching balanced regulations with benefits for both parties. It would be expected that there will be a consistent dialogue in the future before the normative acts are published in the Official Gazette, so that they will not have to review them at a later date, generating unnecessary pressure on taxpayers and fiscal instability,” said Vlad Boeriu, Partner Deloitte Romania.

“If the mechanism were to apply under the current VAT regime for electronic payments between taxable persons, it would entail changes in cash flow for both businesses and public authorities. Businesses in the EU would have an aggregate negative impact of EUR 16.9 billion, and for Romania, EUR 0.7 billion. For an average business in Romania, the impact on cash flow, calculated as a share of turnover, would rank second in the EU after Malta, and would be triple the EU average. In this context, Romanian businesses would have higher financing costs mainly due to two factors: the duration of VAT reimbursements and high interest rates,” explains Vlad Boeriu.

Main advantages and disadvantages of the mechanism (for all options):

The main advantage is the reduction of the VAT fraud and evasion. The cost-benefit analysis shows that the gap between the collected VAT and the potential to be collected (gap) is expected to fall aggregate at EU level between 27 percent and 56 percent, depending on the chosen option. The biggest cuts would occur in the gap caused by carousel fraud (the missing trader in intra-Community transactions).

The main disadvantage would be that widespread application of the mechanism is accompanied by high costs for business and public institutions as it would lead to significant changes in cash flow.

The authorities would see a positive impact on cash flow of between EUR 10.8 billion and EUR 25.2 billion at EU aggregate if the mechanism were applied in real-time on transactions, and not later on a certain period (monthly, quarterly, as it is in Romania, for example).

Instead, business cash flow would have a negative impact (between EUR 16.9 billion and EUR 39 billion at aggregate level in the EU, depending on the chosen option) in a very significant way with a direct impact on labor capital.

It follows that the benefits for collection would be lower than the financing costs.

The most striking impact is the increase by at least 70 percent of administrative costs for both businesses and public institutions due to increased reporting requirements.

The implications for each business depend very much on the number of transactions made, the size of the business and the sector of activity. Administrative costs can be reduced by increasing system automation (automated breakdowns, electronic invoicing, etc.).