Dancila government under pressure to resign; Power struggle at the top of PSD 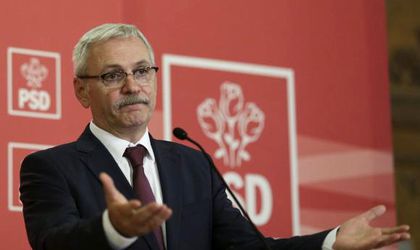 After suffering a stinging defeat to the National Liberal Party (PNL) – and risking to lose second place to the USR-PLUS Alliance due to voters abroad – Romania’s governing Social Democrats (PSD) may have to make some important changes to their party structure. Furthermore, on Sunday evening, President Klaus Iohannis and opposition parties also called for the Dancila government to resign.

UPDATE: PSD president Liviu Dragnea was convicted on Monday to 3.5 years in prison in an appeal to a corruption case. The decision is final.

PSD leader Liviu Dragnea held a press conference after polls closed, where he urged PM Viorica Dancila not to give in to pressures and remain in office, while he also implied that he would hold on to his seat as PSD president, although that may not be up to him as he is due to be sentenced on Monday in a corruption case where the first court decision gave him a 3.5-year prison sentence.

PM Dancila also said she had no intention to resign: “I have so many Romanians behind me who trust the government.  They have voted for the European Parliament, not for parliament, and if the government is to be dismissed, a no confidence vote should be carried out,” the PM said.

Later, she insisted on the refusal to resign in a phone call with Antena 3 TV. “I will definitely not resign. I’m used to this kind of approach by president Iohannis. It’s the 20th time he is asking for the government’s resignation. That doesn’t mean I will say yes. The parliament can submit a no confidence motion.”

PSD’s EP elections score stood around 24 percent on Monday morning, but it did not include votes abroad, which were still being counted. PNL was in the lead with over 26 percent, while third place saw the USR-PLUS Alliance with 21.4 percent, hoping that the diaspora votes could take it to second.

The Social Democrats’ score is much lower than the 45 percent they got in the 2016 parliamentary round. This has led to several party figures calling for Dragnea’s resignation. The PSD is expected to hold executive meetings this week in order to solve the party’s leadership issue. However, it is difficult to say who would be Dragnea’s successor at the helm of the party

Liviu Dragnea was also asked by journalists about a possible run for president, as he had hinted earlier in the week that he would make an announcement on this issue after the elections. He claimed that he had never intended to suggest that he would run for president, and that the party would have to decide who to support for the November elections between Bucharest mayor Gabriela Firea and Senate president Calin Popescu Tariceanu of ALDE, PSD’s coalition partner.