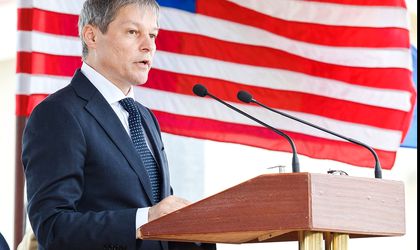 PM Dacian Ciolos says he is interested to continue working as head of the Government after the December 11 elections, suggesting that this depends on the capacity of PNL and USR, the two parties supporting him, to hold the majority in the new Parliament.

“Your vote on December 11 will tell us this. If the answer is positive I am ready and committed together with these parties and all those that want Romania to move ahead, to build a responsible governance, which is open and honest in the next four years. I want integrity, transparency in resources’ spending and decision making process, the appointments in public functions based on competences and professionalism, to be the rule, not the exceptions and not just topics for political discourse,” wrote Ciolos on his Facebook page.

The PM said he is “ready to join this new project” which envisages a new way of doing politics and governance in the country.

Ciolos has recently launched his own governance platform called Romania 100, which calls for a responsible political class and for the eradication of corruption.

The liberal party PNL and the Union for Saving Romania (USR), the party founded by Nicusor Dan, said they were behind this platform. However, USR said it was not interested in clinching an alliance with the liberals, which casts a shadow of doubt on the capacity of the two parties to secure the majority in Parliament and help Ciolos become PM.

Meanwhile, the left wing party PSD didn’t announce any candidate as head of the Government, but its political ally ALDE said it wanted the head of the Senate, Calin Popescu Tariceanu, to become PM.

Former president Traian Basescu, head of PMP, said he is the best candidate for the top government job because he has a lot of experience in public administration.

President Klaus Iohannis said he will not nominate a PM that has any problems with the law.