Dacia sells 221,092 units in the first eight months of the year 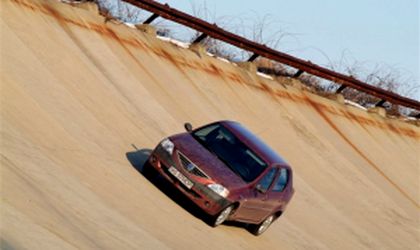 The global sales of Dacia cars grew by 12 percent in the first eight months of the year compared to the similar period of 2009 to 221,092. This represents 0.6 percent of the worldwide market, Renault group announced. In the light commercial vehicles category, sales of Dacia grew by 44 percent to 15,839 units. The SUV Duster model sold 30,000 units by the end of August and other 64,000 orders were placed worldwide. Dacia is the leader in sales in Romania, and takes up the sixth place among the car brands in France. In Northern Africa (without Egypt) Dacia sales grew by 4.5 percent to 26,319 units. Dacia’s most important export market was France, where 76,255 units were sold, followed by Germany with 23,949 units, Italy 15,368 units and Spain and Canary Islands with 14,285 units.