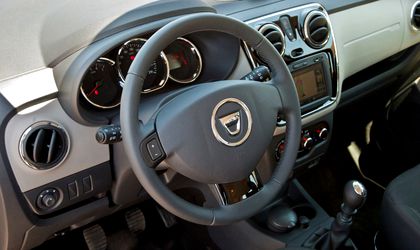 New car registrations in France under the Dacia brand rose by 39.3 percent in may, to 9, 457 units, compared to the same period of last year, according to data published by the French Automobile Constructors Committee.

According to Agerpres, regarding the big auto producers, the sales of French groups Renault and PSA Peugeot Citroen from the last month increased by 34 percent, respectively 25.5 percent, while Volkswagen showed an increase of 11.3 percent despite the scandal involving fake pollution tests. The delivery of BMW group rose in May by 24.3 percent, while Ford reported a drop of 1.3 percent.

Overall, the French auto market registered an increase of 22.3 percent to 175,834 vehicle registrations.

Thus, France remains the third big auto market from European Union, after Germany and Great Britain, but before Italy and Spain.

Dacia was acquired by Renault in 1999. Relaunched in 2004 with the Logan model, Dacia became a known player on the European market.