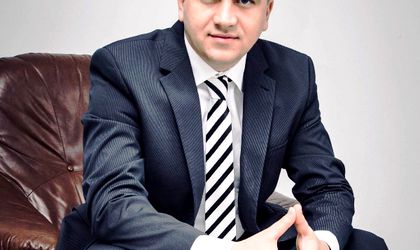 CTP, the industrial parks developer and manager, has appointed Daniel Paraschiv as business development manager for Transylvania, starting June. He will oversee the company’s growth and strengthening in the Western region of Romania.

CTP plans further developments in Transylvania in the second semester of 2018, with a strong focus on three of its parks: CTPark Sibiu, CTPark Timisoara II, and CTPark Cluj II.

He will discover and develop new business opportunities, while also managing the partnerships and future expansions of existing tenants, for all CTP’s strategic locations in Transylvania region.

Before joining CTP, Paraschiv has spent almost 3 years as branch manager and commercial director within the Romanian-Dutch company E van Wijk, the first private transport firm in Cluj-Napoca, founded in 1992.

“We have important projects for our parks in Transylvania, an area with a very fast economic growth. As a result, the demand for industrial and logistics spaces reached one of the highest levels since CTP entered the local market. Our purpose is to adapt to our client’s needs, so we strengthened our team in order to offer our existing and future tenants premium services, as always,” stated Iuliana Busca, commercial & business development manager for CTP.

CTP plans in the Western region of the country for the second half of 2018, include the delivery of around 39.000 sqm GLA and the beginning of new construction works for more than 32.000 sqm GLA, with estimated delivery dates in 2019.