CTP acquires logistics park in Chitila for over EUR 17 mln 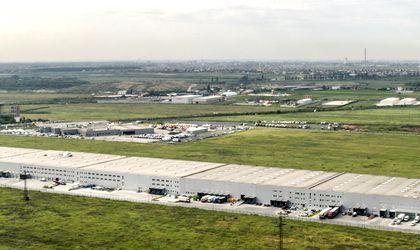 CTP, the industrial parks developer and long term manager in Romania and Central and Eastern Europe, continues its accelerated growth by acquiring a logistics park, situated near Bucharest, Chitila Logistic Park (CLP). The transaction was concluded in September and the value of the transaction reaches EUR 17.3 million. CLP has been purchased from UBM Development, the European real estate developer. This acquisition is part of CTP’s strategy of reaching a total lettable area of approximately 1 million sqm in Romania by the end of 2018.

The newest logistics park from CTP’s portfolio is situated on the belt ring road in the north-west of Bucharest, at 7 km distance from A1 highway, 12 km from the national road DN1, 16 km from Henry Coanda International Airport and approximately 13 km from CTPark Bucharest and 18.5 km from CTPark Bucharest West, the two properties already owned by CTP near Bucharest. Currently, CLP has a total surface of 93,000 sqm, out of which 45,000 sqm lettable area and 48.000 sqm surplus land for further development. The rentable areas span from 1,750 sqm to up to 45,000 sqm and can be used for storage, distribution and light industry activities. CLP is fully leased at the moment and has among its tenants important names.

CTP’s plans for the new acquired property include an expansion and the first phase of development is programmed to start at the end of this year and will consist in building around 13,000 sqm of new warehouses.

“The decision to buy Chitila Logistic Park is in line with our continuous investments made in the last couple of months. We aim to grow our stock of industrial and logistics spaces, both nearby Bucharest and at a national level, in order to respond to the increased new demands from the market and to satisfy our clients need to expand their businesses. Other reasons were the existing long-term lease contracts, the current tenants from this park that are well-known and important companies and the strategic area where CLP is located,” said Ana Dumitrache, country head of CTP Romania.

CTP is a full-service commercial real estate developer and manager, specializing in the delivery and management of custom-built, high-tech business parks for leading international and domestic companies making strategic investments in new or expanded operations in Central Europe. CTP is the owner of the CTPark Network, the largest integrated system of premium business parks in Central and Eastern Europe, with over 4.1 million sqm of A-Class properties in more than 80 strategic locations.

In Romania, CTP has a GLA of over 700,000 sqm of Class A warehouses spread in 10 cities: Arad, Bucharest, Cluj-Napoca, Deva, Pitesti, Sibiu, Timisoara, Turda, Ineu and Salonta.