CSR market in Romania reaching maturity. How are companies working with NGOs 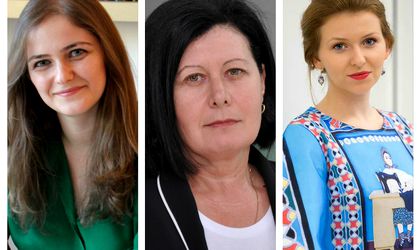 With the market growing steadily from one year to another, the Romanian CSR scene is becoming more mature as companies look for long-term interventions rather than quick-fix actions. With their focus on the sustainability of the projects they implement, they’re starting to look more carefully at the NGOs they choose as their long-term partners.

The Romanian business community has already acknowledged and gradually accepted the need to take into account social and environmental factors when planning its development strategy and operations. Leading companies, especially international firms present in Romania, are investing in building stakeholder trust and simultaneously improving their business performance. These organizations are responding to a new set of societal values based around the evolving role of companies in society.

“Even though companies operating on the Romanian market are more and more involved in Corporate Social Responsibility (CSR) activities and support the communities where they operate, many of them have not clearly identified their stakeholders in order to develop an effective and reliable CSR strategy which takes into account the stakeholders’ expectations. Many companies still consider CSR to be only about charity and sponsorship. However, a positive development is that we have seen an increasing willingness in recent years for businesses to be involved in community life,” says Gheorghita Diaconu, director environmental services at KPMG Romania.

The trends in the local CSR market continue to be set by multinationals operating in Romania, which have a strategic approach and clear plans for action, at group level, say pundits. Related policies, procedures and projects are implemented locally, in line with the group’s strategies. On the other hand, Romanian-owned companies tend to focus their efforts and activities mostly on social involvement, without an organizational framework. “A significant difference can be observed between the level of involvement in CSR activities by governments and companies in developed countries, where there is a history of several decades of such activities, and the position in Romania. However, during the last few years, progress has been made and, hopefully in the near future, CSR will rank high on the agenda of both public institutions and private companies,” says Diaconu.

A legal reporting requirement will certainly influence companies to become more active in CSR activities and set their strategies and directions. However, this requirement will be applied only for large (with either a balance sheet total exceeding EUR 20 million or a net turnover exceeding EUR 40 million), public-interest entities (listed companies, banks, insurance undertakings and other companies that are so designated by member states) and with more than 500 employees.

According to Diaconu of KPMG, the directive on disclosure of non-financial and diversity information by certain large undertakings and groups gives significant flexibility for companies to disclose relevant information, as well as the possibility to rely on international, European or national guidelines. She says that the impact of non-financial reporting requirements on the companies subject to the directive will depend on how the Romanian authorities transpose this EU regulation into Romanian legislation by December 6 2016.

“If the directive is merely translated into Romanian and no subsequent implementation/reporting guidelines are developed, the impact on reporting companies might not be significant. Many of them will include information on environmental, social and employee aspects, human rights, anti-corruption and diversity issues in their management reports. As no assurance on non-financial information is required by the directive, the auditor’s obligation is limited solely to checking that this information has been published, not to verify its quality or reliability.” She adds, “If the Romanian authorities transpose the directive through a specific regulation, the reporting companies might be seriously affected if a reporting preparation process (data collection, check, aggregation, and reporting procedures) is not already in place.”

According to Valentina Roman, executive director at Curtea Veche Association, companies choose projects they get involved in more carefully so that they match their interest and expertise area. “Compared with other countries, CSR in Romania is still developing slowly as there are no major changes from a year to another,” says Roman. She points out that, while for an NGO it’s very important to be assured of the necessary funds for developing projects, for companies the partnerships are interesting in order to consolidate their role in the community, develop credibility and motivate their employees. She warns that often NGOs rejoice that they have managed to attract sponsorships and forget to consider building long-term relationships with a company. “Evaluations of the projects, communication and implementation reports, presentation of the next actions and proposed programs belong to ongoing communication that needs to be kept up. But often for different reasons, NGOs burn these stages and lose,” says Roman.

According to Alina Tudor, sustainability projects manager at Enel Romania, the strong focus on sustainability, seen as a business strategy for endurance in the long-run, can be considered a relatively recent phenomenon. “We believe more and more companies will shift towards this philosophy – sharing the costs and benefits of social development, tackling the wider challenges that societies face and, by becoming more open and flexible, ensuring the resilience and growth of the business in the future,” she says. The development of the local CSR market is reflected both in the increased number of social responsibility projects and their complexity as well as in innovative solutions proposed by them, say pundits.

“Now more than ever, individuals expect companies to take part in the life of their community. The confidence in companies and their projects is getting built constantly and there is a need for honest and open communication with those that watch our evolution,” says Irina Ionescu, public affairs and communication manager at Coca-Cola HBC Romania. As a result, she says that in the past few years there has been an increase in the number of companies that report information about their performances in the field of sustainable development in Romania.

“My perception is that there has been a significant step towards maturity for CSR initiatives in the past year, as we speak more and more of strategic projects in line with the domain of the organization and less of just philanthropic actions,” says Alexandra Maier, CSR specialist at Avon Cosmetics Romania. “In addition, many companies seem to become more open to close partnerships in order to have CSR actions with a high impact. I think that this is the approach we all need to have if we want to make a positive and substantial contribution to the community,” she adds. However, she warns that the CSR concept is hardly known and unclear to the general public.

According to the representatives of Orange Romania, in the past few years, programs with a major impact in improving the quality of life of the communities have become more visible. “As a result of the campaigns developed recently, we noticed that there is a direct connection between services and products to which is added a CSR mechanism, and customers’ perception of the company and further association of the brand with some values and principles,” they say.

The need for educational projects in Romania is still great say pundits, based on the existing studies and statistics. “At present, Romania ranks last in the European Union for the number of books read per inhabitant. Moreover, according to the European Commission, 53.3 percent of Romanians face difficulties in understanding what they’re reading, and only 2 percent of children from rural areas manage to study at a university in an urban area,” says Roman. She warns that health, food, sports, first-aid principles for children living with an older individual and finance are among the fields where there is a need for education. “For those who understand the importance of reading in the development of young generations, we initiated the national program for reading ‘Cartile Copilariei’ (Books of Childhood) through which we intend to promote reading for pleasure for children and minimise the percentage of functional illiteracy in Romania,” adds Roman. Azomures, Accenture, Springtime, Sameday Courier, Dacia and Kaufland are among companies that have supported the projects initiated by Asociatia Curtea Veche.