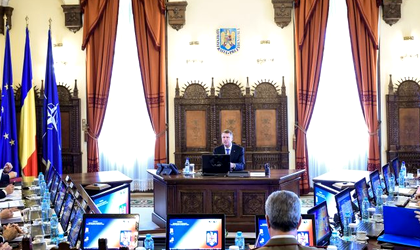 The Supreme Country Defence Council (CSAT) is meeting on Tuesday after a call by president Klaus Iohannis, following a request by the government for the CSAT to meet urgently to evaluate the budget revision proposals for institutions with national security responsibilities.

The government had accused Iohannis of blocking the approval of the first budget revision and that this affected the economy and the fundamental rights of Romanian citizens. In response, the president said that this was “a new lie by the PSD and the incompetent Dancila government,” claiming that the budget revision can be done in any sector without a CSAT opinion, with the exception of national security-related areas.

The meeting will take place today, starting at 1 pm. It was announced on August 24 by the Presidential Administration, three days after the government had asked the president to call for an emergency CSAT meeting. Shortly after the meeting was scheduled, the government said that the president’s refusal to call for an emergency meeting to evaluate the budget revision project can endanger the incomes of vulnerable groups like pensioners, mothers and children, as well as patients’ access to medical services.

“I’m reading in the papers today that the government can’t give money to pensions and salaries, to schools, to hospitals, without my approval. That’s a big lie,” said Iohannis.