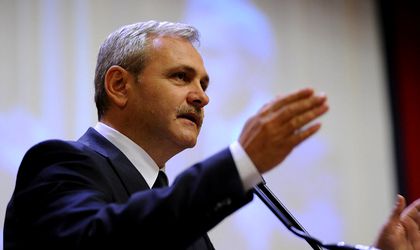 The Social Democratic Party (PSD)’s National Executive Committee (CExN) will meet on Friday at the Parliament for a debate over Liviu Dragnea’s role as the head of the party, after several PSD leaders across Romania have expressed their disapproval of his leadership and asked for his resignation both as PSD president as well as president of the Deputies’ Chamber in the Parliament, through a letter made public earlier in the week.

The letter surfaced just as the beginning of Dragnea’s criminal case appeal was announced by the High Court of Cassation and Justice – October 8. The main signatories of the letter were PSD vice president and Regional Development minister Paul Stanescu, Bucharest mayor Gabriela Firea and PSD vice president Adrian Tutuianu.

The document included 19 demands related to the future of the PSD, and claimed that Liviu Dragnea’s legal status has turned into the party’s biggest vulnerabilities, and that the party must do something to stop the downward trend its popularity has been on in recent public polls. If Dragnea is removed, the letter suggested, the interim leadership of the PSD could be taken over by PM Viorica Dancila.

Since the letter was published, local PSD organisations have either expressed their support for Liviu Dragnea or for his opponents, but the exact share of each camp in the Executive Committee will be revealed in today’s meeting, when Dragnea may be forced to step down. Negotiations are expected to continue right up until the meeting.

“There are enough members of the CExN who have aligned with the principles and values expressed by the document, but the decision was for the letter to be signed by just three people initially. We do not want PSD to be destabilised, as some have argued lately. I want to highlight the fact that PSD can’t have a discretionary leadership by a single person, as it has been happening for at least a year. (…) We don’t want to break up the party, but we’re saying that it’s not right for a political organisation that has been voted by Romanians to lead the country in a positive manner to be stuck and crushed by the public perception that measures are being taken without them being the result of consultations,” Firea said on Wednesday.

Liviu Dragnea had a sarcastic reaction to the letter on Wednesday, claiming that he hadn’t read all of it but that he understood that his opponents wanted to “align with Iohannis, the intelligence agencies, the anti-corruption agency and the opposition parties.”