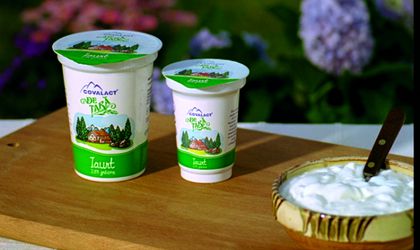 Romanian dairy producer Covalact, owned by the American investments fund SigmaBleyzer, will pay over the next period dividends worth around RON 5.5 milllion, representing 92 percent of the net profit value compared with the last year, according to a document from the Official Gazette.

The rest of the profit will be redirected to the legal reserve and other distributions required by law- the payment release for the reinvested profit. Last year the company had again profit after five years of losses, having a turnover of RON 199 million, a growth of 28 percent compared with the last year.

The last year brought a growth for most of the dairy market players, the main engine being the decrease in VAT from 24 percent to 9 percent.

Covalact has a history of over 40 years in the dairy production and was acquired in 2007 by the American investments fund SigmaBleyzer.

SigmaBleyzer owns 95 percent from Covalact shares. It is on the seventh place on the biggest dairy producers from Romania taking the turnover into account