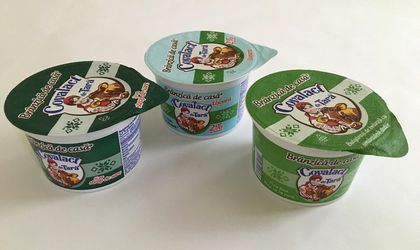 The dairy producer Covalact has launched a new production line for Cottage Cheese at the factory from Sfantu Gheorghe (Covasna county), following a EUR 3 million investment, according to profit.ro.

The plan comprises doubling the production and packaging capacity for the cottage cheese. According to Nielsen data, the product is market leader, with a market share of 46 percent on sales in the first half of the year.

The new line allows the production of 200 tones of cottage cheese per month and the packaging of 11,000 cheese cups per hour.

Covalact group has 560 employees and two factories at Sfantu Gheorghe and Miercurea Ciuc. The group makes 100 products, which means a monthly quantity of diaries of approximately 2,500 tonness.

In 2007, the majoritary stake of Covalact was taken over by SigmaBleyzer Southeast European Fund IV, a private investments fund that has among its investors the European Bank for Reconstruction and Development (EBRD) and the Office for Foreign Investments, an agency of the US Government.

Since the acquisition and until now, SigmaBleyzer has invested over EUR 18 million in Covalact.