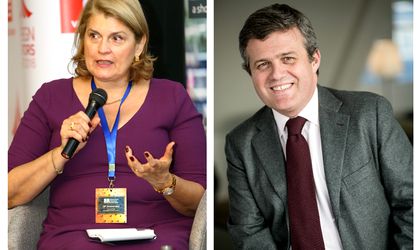 After growing by an estimated 5.7 percent in the first three months of the year, the economy needs to remain on stable footing going forward, suggested PM Sorin Grindeanu, in a rather cautious manner.

“We have to maintain this trend and we know this growth has to be recorded in a solid, sustainable and responsible manner. This is why I think that it is important to make these vital reforms by acquiring the best existing practices and standards, and the OECD is a renowned leader in global corporate governance with which we want to cooperate,” said the PM in mid-May, during a conference in which he announced that Romania aims to start negotiations to become a member of the The Organisation for Economic Cooperation and Development (OECD).

The PM went on to say that Romania’s exports reached a fresh EUR 5.6 billion high in March, while foreign direct investments were up by around 22 percent, to EUR 1 billion in Q1.

However, the good macroeconomic figures show only one side of Romania’s story, considering that the private sector still has to manage with a poor development rate of transport infrastructure and fierce competition for specialists in various industries, be it automotive, IT or construction.

“A coherent vision and timely policies are critical to avoid turning what used to be Romania’s leading competitive advantage – quality and availability of skilled labor force, into a liability driven by the mismatch between the labor market demand and universities’ output, by the massive brain drain, or demographic trends.

The shrinking workforce and the potential changes of the labor legislation are worrisome for companies already operating in Romania, therefore such challenges need to be addressed before they become an obstacle for new investments,” Anca Harasim, the executive director of AmCham Romania, told BR.

AmCham Romania is a strong representative of the private sector, backed by around 400 members, including Romanian, American and international companies, which have created around 250,000 jobs and invested USD 20 billion to date.

Harasim added that the poor physical infrastructure, correlated with Romania not being part of the Schengen agreement, has left Romania out of the investment map too many times.

“Despite general consensus at all levels on the need for modern infrastructure, very little progress is still registered towards closing this gap that is heavily impacting businesses and citizens alike,” she added.

The industrial sector continues to record a significant amount of investments this year and companies are struggling to find enough workforce in order to keep up with the pace of development.

For instance, Arctic, one of the largest home appliances producers in Europe, will invest around EUR 105 million in southern Romania for a new washing machines’ plant, aiming to turn local operations into a hub for Arcelic group, the owner of the brand. Around 2,500 people will be employed here and the firm got EUR 37.5 million in state aid for this investment. 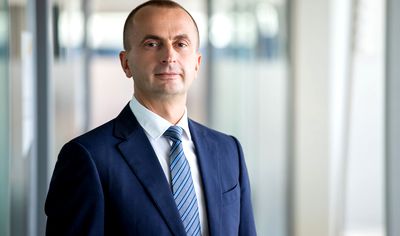 Elsewhere, Chinese Ningbo HuaXiang Electronic is expected to invest USD 30 million in Brasov, in a new production hall, which will manufacture spare parts and accessories for German Mercedes cars.  Some 265 jobs will be created here.

This spring, Belgian aerospace company Sonaca opened in Cluj county, western Romania, a new plant that will manufacture parts for the Airbus A320 aircraft, following an investment of EUR 10 million.

Going forward, we might expect more fresh companies to get on the market or to see further developments of already established players.

“There is a significant number of investors on the Romanian market, and a rising number of potential ones. Companies that have never done business here have recently announced their intention of entering the market and investors already present, have lately made new investments. The market is evolving, showing economic growth and placing Romania more and more on their radar,” said Bruno Leroy, founding partner of law firm Leroy si Asociatii.

Putting things into perspective, we should also look at companies that have been operating on the market since 1990, from the early days of the trailblazers.

The top largest 20 companies founded 20 years ago recorded a combined turnover of close to RON 800 million at the end of 2016. Most of them were founded in cities in the center and eastern part of the country, alongside Bucharest, according to data from the National Trade Registry Office (ONRC). The companies are mainly active in the retail and construction sectors.

When looking at the results founded 10 years ago, the top 20 firms had a combined turnover of RON 1.2 billion at the end of 2016. Most of them were founded in Bucharest and in several cities in central Romania. Real estate, transport and agriculture trading are some of the sectors in which most of these companies have operations.

In addition, in these years, the local economy has benefited massively from the know-how of companies from Germany, France, UK, Austria, USA and The Netherlands, which had a key role in the development of the private sector.  Having reached the maturity stage, the associations comprising foreign and local investors have come under the banner of the Coalition for Romania’s Development, the main association that meets government officials on a regular basis. The ease of doing business remains a hot topic during these meetings as Romania is vying for investments with other regional powerhouses such as Poland and the Czech Republic.

“Investors’ confidence is to a great extent related to the stability, both in the political realm and in the decision-making process, in the regulatory and taxation framework. With no general elections in the next couple of years, we believe that Romania has the opportunity to consolidate the country’s overall stability and to enhance the rule of law, along with coordinated efforts in increasing its profile in the EU framework,” said Harasim of AmCham.

Romania’s ongoing project is to seek further integration in the EU, culminating in the accession in the Euro zone. Just by taking into account the fact that more than two thirds of Romanian exports get in the EU yearly, any political tide might have an impact on the sensitive economic ramifications linking Romania to the rest of the Union.This year, it’s all about Brexit and the unpredictable leadership style of Donald Trump in the USA. Even some Romanian politicians from the ruling coalition have taken a more nationalistic stance, but this hasn’t become mainstream up to now.

Across the EU, the big risk elections seem to have passed, according to analysts at ING Bank, who claim that upcoming elections in the UK, France and Germany pose little risks to markets. However, Italy seems to be turning into the next political volcano going into 2018. Polls suggest anti-EU parties make up almost half of the electorate in Italy, and the possibility of the 5-star Movement becoming the largest party could unnerve markets, according to ING.

On this backdrop, the challenge for Romania’s top political brass lays in keeping the ship on route. This doesn’t translate only in backing the economic growth rate above 5 percent this year, but by also making sure that the budget deficit doesn’t exceed 3 percent of GDP, a severe risk that has been mentioned by the European Commission, the executive arm of the European Union.