#countryfocus | Over 50 pct of FDI in Romania coming from The Netherlands, Austria and Germany 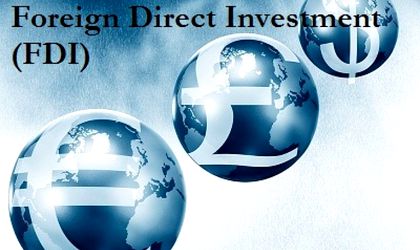 The latest figures from the National Bank of Romania (BNR) show that states in the European Union account for around 90 percent of the total stock of foreign direct investments (FDI) in Romania.

The Netherlands accounts for 25 percent of the FDI in Romania, followed by Austria and Germany, with 14 percent and 12 percent, respectively. The data is included in the FDI report published by the Foreign Investors Council (FIC) and the Bucharest University of Economic Studies (ASE).

The FDI positions of Cyprus and France stand at 7 percent each, while for Italy it reaches 5 percent.

Looking at the figures from 2015, most of the new FDIs were recorded din the trade sector (9.4 percent), constructions and real estate (8.9 percent), financial and insurance intermediations (4.8 percent), means of transport (3.7 percent), IT&C (3.4 percent) and energy and water (3.3 percent).

In 2015, 57 percent of the total FDI represented greenfield investments.

The growth of FDIs will be one of the main topics of the Country Focus Community Forum, the 2-day event organized by Business Review magazine on June 13-14 in Bucharest.

The event will be attended by high-level executives, entrepreneurs, officials and investors from the strongest foreign communities in Romania.