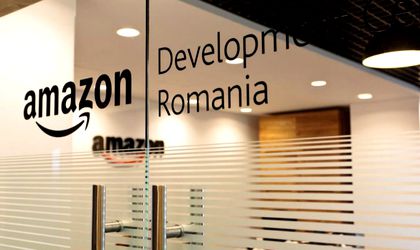 The US is only the 10th largest foreign investor in Romania, yet American companies have established a strong presence in local industries such as IT and automotive.

American companies had invested a total of EUR 1.6 billion by the end of 2015 in Romania, according to central bank data, albeit the actual amount is most likely higher, as many US firms invest locally through their Europe-based subsidiaries.

While America’s asset base in Romania is rather small, with assets totaling an estimated USD 14.4 billion in 2015, it increased by almost 40 percent y-o-y, according to a 2017 report on the state of the transatlantic economy, coordinated by the American Chamber of Commerce to the European Union. The same year, American investors had generated 8,000 new jobs locally, which added up to a total of 57,446 employees.

Romania’s exports to the US represented just 1.9 percent of the country’s total world exports and 7.3 percent of extra-EU export, according to the same source. Machinery and transport equipment represented about half of the USD 2.1 billion total US imports from Romania followed by other manufactured goods. “The US is a rather small supplier to Romania, with imports from the US totaling just USD 753 million, a 16.1 percent decrease from 2014. The US accounted for just 1.1 percent of the nation’s total imports and 4.7 percent excluding intra-EU trade,” reads the report.

American investments in the Romanian economy are primarily in the areas of IT, automotive, food and agriculture, hospitality, investment funds, manufacturing and consumer products. Players like Google, Microsoft, Oracle, HP, and IBM are some of the main names that come to mind, yet to this day, the largest American investor on the local market remains Ford. The car manufacturer has invested EUR 1 billion locally since 2008, according to its data.  The company announced earlier this year that it will install 190 new robots at its factory in Craiova for the production the EcoSport SUV model starting this fall. For the same purpose, the company will also hire 900 extra employees.

Also earlier this year, Ford Trucks opened its largest dealership in Europe in Romania, following a EUR 200,000 investment. The building is located on the A1 highway, at km 13.2, and from here Ford Trucks will provide a wide array of services such as sales, post-sale operations and spare parts deliveries.

American companies maintain a strong position locally when it comes to IT and outsourcing activities. CGS, the largest call-center operator on the local market, reported a turnover of RON 232 million (approximately EUR 51 million) and a RON 51 million (approximately EUR 11 million) for 2016, according to ZF. The company has offices in Bucharest and five other regional cities, and last year it has grown to more than 2,600 employees.

Other local American investors are planning to expand their local employee base this year. Last October, Amazon opened a development and technology center in Iasi, Eastern Romania for which it plans to hire 400 people. This January, news broke that the American e-commerce giant was looking to lease some 10,000 sqm of office space in Bucharest, as well. This came shortly after General Motors said they leased 4,000 sqm in Skanska’s Green Court project in the capital for a call-center.