European commissioner for regional policy Corina Cretu met in Brussels with Raluca Pruna, Romania’s minister of justice to discuss Romania’s prison system, its issues, as well as the investment opportunities in the energy efficiency of public buildings, including the ones under the Ministry of Justice.

“A significant amount, EUR 439 million from the European Regional Development Fund is allocated to energy efficiency in public buildings in the Regional Operational Programme. EUR 41 million are planned for Bucharest and Ilfov, while EUR 398 million are made available to other regions. Money that can be used in Romania for the thermal rehabilitation of all public buildings. Romania has the sovereign decision of how to prioritize and choose to use the money for 2014-2020,” stated Corina Cretu.

Measures to support energy efficiency in the European Union have reduced consumption by 1 438 GWh per year, equivalent to the entire electricity consumption of Malta in 2010. Also, by the end of 2013, emissions of greenhouse were reduced by over 826 kilotons per year. 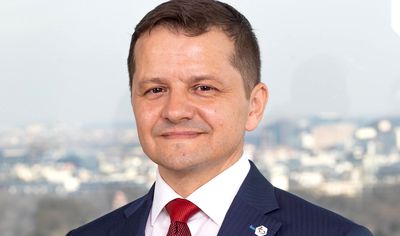 However, Romania has fallen behind when it comes to applying the EU Energy Efficiency Directive, with the European Commission launching an infringement action against our country for a lack of transposition of the directive in the legal frame.

Making Your Home Fit in with Sustainable Sharjah