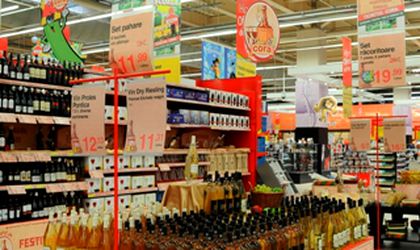 The retailer’s target is to increase this share to about 10 percent of the total sales volumes on the long run. Cora sells 40 varieties of wines under its own private label, some of which are produced in France and the rest in Romania. Halewood Romania and Domeniile Ostrov are the two local companies producing wine under private label for Cora.