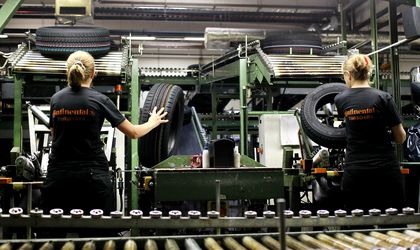 Car parts maker Continental announced that year it will expand again the electronics items factory from Timisoara that produced in 10 years of activity 60 million units (finished electronics items). The investment is worth EUR 12 million and represents the third expansion of the work factory space, according to Continental.

„The surface (…) will increase this year by 7,000 sqm and at the end of the works the production unit from Timisoara will have a surface of over 21,000  sqm,” said Continental, according to HotNews.ro.

In the electronics factory Continental from Timisoara, two million items enter daily on the production line and  45,000 items are manufactured daily. It means that each finished electronic item has on average 44 pieces.

„Continental finishes this period the third expansion of the factory and the products an the new lines that will be installed and the high volumes announced from clients imply affiliated changes on internal field. The first big step in this sense in the completion of the team for all the available positions, at the beginning of 2017,” said Franciscoxavier Pujol, the director of the electronic items factory from Timisoara.

Currently this factory has over 1,200 employees.

Continental registered in 2016 an initial turnover of approximately EUR 40.5 billion al global level  and has currently over 220,000 employees in 55 countries, through its five divisions,

The company owns seven production units and four R&D centers in Timisoara, Sibiu, Carei, Nadab, Brasov and Iasi. Continental is partner of a joint-venture in Slatina and has a tire distribution center in Bucharest.