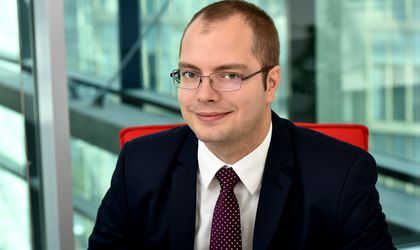 The Bucharest office market registered close to 45,000 sqm leased in this year’s third quarter. According to data from the real estate consultancy company Colliers International, the demand came mostly from IT and BPO/SSC companies, including from the new entries in the market: Amazon, GoPro and Systematic.

The leasing transactions volume was lower year-on-year in Q3 2017. The gross leased spaces which also includes renegotiations and renewals – stood at approximately 56,000 sqm, from 71,000 mp in 2016, due to prolonged negotiation phases of some large deals. In the same period, net take-up stood at 45,000 sqm, reaching a total of 134,000 sqm from the beginning of the year until now.

„In Q3, the net take-up was in accordance with the dynamics of the Bucharest office market, especially given that there were three new entries: Amazon, GoPro and Systematic. Therefore, the major drivers of demand were IT and BPO/SSC companies (business process outsourcing/shared services center) – 83 percent – followed by energy and industrial companies (6 percent) and banking and insurance companies (5 percent),” said Silviu Pop, head of Research at Colliers International Romania.

„It is important to notice that, despite a slowdown in office leasing activity compared to 2016, the demand is still healthy, considering the fact that we are heading towards a net take-up totaling 175,000 sqm for the entire 2017,” Silviu Pop added. 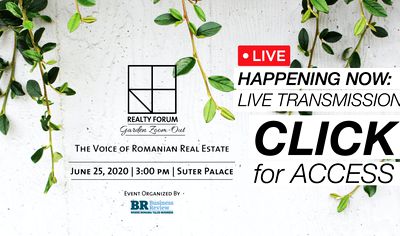 Read more about
June 25, starting at 3 PM: Tune in with the Realty Forum 2020 | Garden Zoom-Out – Live Online from the Suter Palace
read more

Dimitrie Pompeiu was the most active area, with over 20,000 sqm leased or 36 percent of the total leased surface, while the CBD (Central Business District) recorded 25 percent of total, and Floreasca-Barbu Vacarescu had a 21 percent share.

The vacancy rate dropped to just over 9 percent in Q3 from nearly 12 percent in H1, as a consequence of the lack of new deliveries. According to a Colliers International report – Bucharest Office Market Q3 2017 – a total of up to 100,000 sqm of office space is set to be delivered this year, and in 2018, the new deliveries will amount to more than 300,000 sqm, which could mark a new post-crisis high.