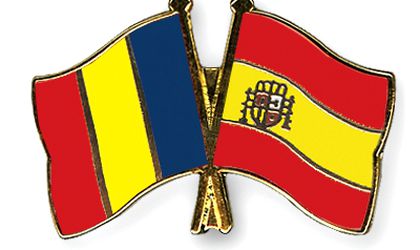 The Union of Bilateral Chambers of Commerce in Romania announced the creation of the Commercial Diplomacy Chamber with the Kingdom of Spain. The purpose of the NGO is to promote economic and commercial relations between Romania and Spain, as well as collaboration in fields such as tourism, agriculture, scientific research, health, telecommunications, fight against corruption, intellectual property and consumer protection.

The new organization is headquartered în Bucharest and will open branches in Madrid and Barcelona. Their members will be Romanian and Spanish companies.

„The creation of the Commercial Diplomacy Chamber with the Kingdom of Spain is the answer to the need to efficiently represent and support the Romanian community în Spain in its relations and initiatives it has, targeting Spanish or Romanian institutions,” said Magda Patriche, Secretary General of the chamber. „It is, at the same time, a solution for increasing the exposure of the Spanish business environment interested in investing in Romania,” Patriche said.

At the end of 2016, the total volume of trade between Romania and Spain stood at EUR 3.564 billion. Spain is the 7th investor in Romania in terms of value, with direct investments of EUR 1,707 million. Romanian exports to Spain amounted to EUR 1,720 million, representing 2.98 percent of the total Romanian exports. Imports of Spanish products to Romania amounted to EUR 1,834.76 million, representing 2.73 percent of total Romanian imports.

Moreover, the two countries are well positioned at the diaspora level, given that more than one million Romanians live and work in Spain and the Spanish business environment is represented in Romania by more than 6,000 companies.

“The Chamber of Commercial Diplomacy with the Kingdom of Spain is a solution adapted to these troubled times, when the EU foundation was weakened by Britain’s decision to leave the union. Now, more than ever, we need to be united in Europe and build viable economic alternatives,” said Prof. Univ. Dr. Nasty Marian Vladoiu, President of the Union of Bilateral Chambers of Commerce in Romania.

DMCA
PROTECTED
Tags: Chamber of Commercial Diplomacy with the Kingdom of Spain