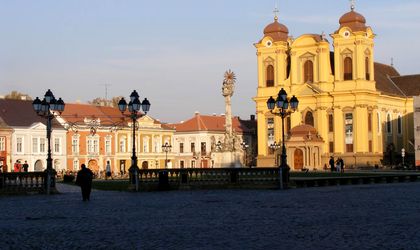 In the first quarter of 2018, 73,000 square meters of modern industrial and logistic spaces were rented out, two thirds in Bucharest and the rest in western areas. According to a study by Colliers International Romania, the most attractive area for the warehouse market outside of the capital is the western region of the country, in terms of demand, distance from customs and the existing industrial parks.

A total of 30 cities in Romania were assessed from the perspective of attractiveness for storage and production activities. Several indicators have been used to carry out the analysis, including distance to customs points, various workforce data series (such as salaries, age, unused potential), quality of local transport and existing industrial parks.

Thus, the cities from which the transit to the main customs points (Nadlac, Bors, Giurgiu) is the shortest are Arad, Timisoara, Alba-Iulia, Oradea and Sibiu. On the other hand, the greatest availability of the labor force is found outside the Carpathian Arc, in the cities of Moldova and in the south of the country: Iasi, Suceava, Craiova, Bacau and Galati. Last but not least, the cities with the largest cumulated area of ​​industrial parks, administrated mostly by local authorities, are Ploieşti, Cluj-Napoca, Brasov, Oradea and Sibiu.

“Not surprisingly, the central and western areas of the Carpathian Arc are generally the most attractive for companies that have trade links with Western Europe. Possible employees are located in other areas of the country, and Romania also faces a rather low internal labor mobility. For example, only the Iasi and Suceava counties together have the seventh part of the total number of people employable at national level, from our data. Structural reforms to increase population performance and two highways on the north-south / east-west axes could lead to explosive and lasting economic growth, ” said Silviu Pop, Head of Research at Colliers International Romania.

The appetite for industrial development in the West of the country is influenced by increased demand in this area. The total rented area in the first quarter was approximately 73,000 square meters of modern logistics space, the highest demand being registered in the capital – 66 percent, and the remaining 34 percent in Cluj-Napoca (22 percent) and Timisoara (12 percent).

Although rental activity in the first quarter was lower than in the same period in 2017, there are sufficient elements to support moderate optimism and Collers Romania expects the demand for modern industrial premises to accelerate significantly by the end of the year. Also, the tendency of tenants, particularly those in the retail and online business, to develop their own storage facilities, from which certain areas may subsequently be sub-leased, will be increased.

Regarding rents, the starting point remained around EUR 4per square meter in the Bucharest area. According to Colliers International data, low vacancy rates, demand from tenants and labor costs increase by more than 10 percent will put pressure on rent at least for the next few quarters.