Christos Megalou (Piraeus Bank): We are selling the subsidiaries from Romania, Bulgaria and Serbia 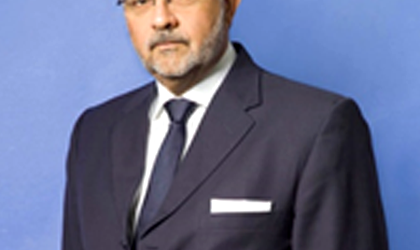 The new general director Piraeus Bank, Christos Megalou, said in an interview to Bloomberg that the lender will be selling its subsidiaries in Romania, Bulgaria and Serbia.

Piraeus Bank presented recently the strategic plan “Agenda 2020”, according to which the Balkan units will be sold and the non-performing loans portfolio will be reduced.

Besides the subsidiaries from Balkans, Piraeus also wants to sell the stakes owned in the sea transport company Hellenic Seaways and two fisheries from Greece, Sedona and Nireus.

Until the end of the year, the bank group has to sell NPLs worth EUR 4 billion, according to the reorganizations plans made with European Union.

“There is decision of the heads of Piraeus Bank to accelerate the restructuring plan, as well as to pay back as soon as possible the state aid,” said Megalou. Piraeus received a government loan of EUR 2.72 billion since November 2015 and the Financial Stability Fund of Greece owns 26.2 percent of the Greek banking group.

The bank will create a separate division, “Piraeus Legacy Unit,” as part of the balance sheet cleaning efforts.