Christmas fairs to check out in Romania 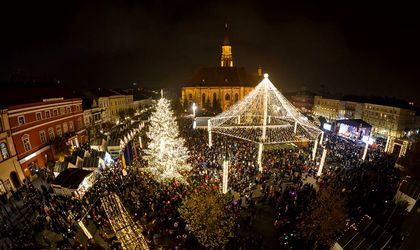 It’s nearly Christmas so everything goes festive, from city centre’s to shops. Where to go and what to expect? BR is on hand to help you navigate the festive maze through the top cities of Romania. You just have to be prepared for chestnuts roasting on an open fire.

Event organized by an NGO and City Hall

Vendors selected by the organizer

Considered the most beautiful Christmas fair in Romania

RON 154,700 for maintenance of Christmas lights Event organized by City Hall in partnership with Creart, its own cultural institution

Free entrance to the ice rink

Over 3 million Christmas lights to decorate the city in 2016 Linz (Austria) and Nurnberg (Germany) city halls, will exhibit typical local products and will participate as twin towns of Brasov.